Carlos Subieta-Garron utilized a permanent magnet, which is placed across a magnetic core with the windings. The total magnet flux remains constant, and its redistributing depends on the windings currents. The inventor said in U.S. Patent 3,368,141, that his transformer has a higher efficiency.

The motionless electromagnetic generator (MEG) by Thomas Bearden, which is repeated by a famous researcher Jean Lois Naudin, is a pulse transformer with a special application circuit, somewhat similar to the C. Garron invention. The U.S. Patent 6,362,718 is registered on a group of authors. 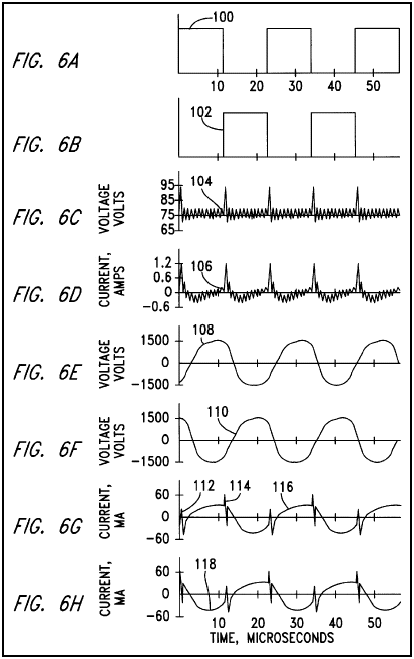 The laminations of a magnetic core are positioned across the field lines of a permanent magnet, so the eddy currents near the magnet poles are not suppressed, and they support the aetheric macrovortices. The push–pull circuit provides a stable speed and direction of these vortices so, that a considerable energy for their creation is required only during start-up.

The efficiency is well estimated by the formula («Resonant energy link», 9). The electric field is not involved immediately in the vortex creation, so the efficiency by this formula is 200%. The practical results are within 150...250%: 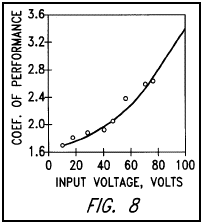 A helical vortex repeatedly propagates itself within the surrounding space (e.g. CSE). The transformer schemes by a Tesla’s contemporary Albert Hubbard and his follower William Barbat (U.S. patent 20070007844 A1) use this feature to inductively couple the windings without a closed magnetic core. Obviously, the optimal windings arrangement is hexagonal (like a honeycomb), that is, six secondary coils surround the primary coil (20). The Hubbard's scheme has eight secondary coils. The vortex propagation is constrained by the external secondary winding (28b), which takes energy away into the load along with the internal secondary winding (28a).

The eddy currents emerge within the Hubbard’s iron cores or within the Barbat’s short-circuited secondary winding (24) made of a photosensitive semiconductor. The vortex energy pumping in both the schemes is performed by the radiation (radium of Hubbard, electric light of Barbat), the power of which is many times lower than the excessive power of transformer. A starting pulse from the electromagnet (52) excites a vortex of some direction, which remains stable due to the pumping, despite the AC within the nonlinear self-oscillatory system. 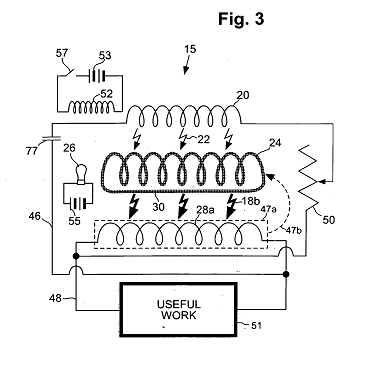 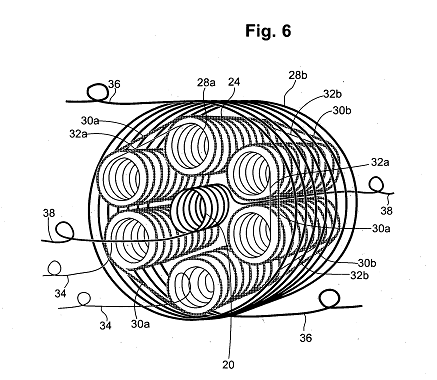