Ancient Egypt is known in the modern world mostly thanks to the Ancient Greek writings of a historian Herodotus and an Egyptian priest Manetho, who wrote in Greek. All the names are pronounced in Greek and do not always sound like the names in the lost Egyptian language. For example, the Egyptians called their country "Ta-Kemet", which means "black soil", a fertile land among the desert in the valley and in the delta of the Nile.

Egypt in a biblical representation was a mighty empire that enslaves other nations. In fact, this was always a mediocre agrarian country, which was barely able to supply its people with food in the desert. Throughout the history, Ancient Egypt repeatedly broke up into Upper and Lower Egypt, and even into the separate districts (Nomes in Greek) under pressure of the external enemies.

The popular image of Ancient Egypt with the Pharaohs in luxure and the slaves in poverty is created due to the elite of the international community of those days. This elite migrated gradually from Mesopotamia into Egypt and then into the more prosperous Europe.

Paradoxes of the ancient Egyptian culture, which prove its northern origins:

Priest Manetho (the III century BC) made up the history of Egypt, which is started from the reign of human-gods about 20 thousands year BC, whose names are also listed in the Turin King List (the times of Ramesses III). Herodotus also believed that the human-gods ruled Egypt before the kings, but the official science does not take this statement seriously.

The Emerald Tablets of Thoth The Atlantean tell in the 7th tablet about the "Seven Lords" numbered from 3 to 9. Apparently, these are the first seven human-gods, the followers of the two spiritual beings.

The life span of the gods recalls the biblical story of Adam and his nine descendants to Noah (before the flood), who lived for hundreds of years. This story tells also that the God had abruplty restricted the life span to 120 years just before the flood (Genesis 6:3).

Nephilim (see "Children of Gods") is probably the Egyptian word "neter" (a god), which is distorted by the Jews and used in the plural (ending "-im"). The nephilims appeared before the flood, which killed them.

Ptah is the founder of a country called later "Home of the soul of Ptah": Het-Ka-Ptah, which is pronounced as Egiptos (Egypt) in Greek. The legends tell that Ptah had lifted the country out of the mud, built the dams at the south and the canals at the north, and created the Nile River with the adjacent fertile regions[3]. The ancient city Thebes (Egyptian: Waset) is located in the southen Egypt. The first settlement on the site of this city dates back to the Middle Paleolithic.

Seth is a killer of his brother Osiris, the symbol of evil. The word "Satan" (Arabic: Shaitan) is derived from this name.

Shemsu-Hor are the followers of Horus, the kings of Egypt, who had the Horus name before the Ptolemaic dynasty.

The king Menes (Minos) is a first known king of the united Egypt with its capital at Memphis. The Minoan civilization of Crete was one of the foundations of Ancient Greece and Rome. The lost Minoan language did not belong to the Indo-European family and sometimes was written in the Egyptian hieroglyphs and the similar symbols as in the famous partially decrypted Phaistos Disc[4]. The ancient Greeks also knew about the Atlanteans.

Plato in "Timaeus" mentions Atlantis, which was destroyed 8 thousands years back from the foundation of Athens. According to the Manetho history, this date is close to the times of God Thoth, who ruled Egypt.

Amenti (Amen-Ta) is an invisible country (extramundane world). The cult of Amun (Amen) is an ancient cult. The Semitic prayerful word "amen" is derived from this name and denotes the truth. The Temple of Amun was located in the Libyan oasis of Siwa inhabited by the Berbers (non-Egyptians). This oasis was the ancient sovereign state Ammonium before the XIX century, because no one could conquer and convert it to Islam, which is traditional for these lands.

All the three pyramids of Giza were built after the flood, because they are directed to the modern cardinal points. These pyramids correspond to the three stars of Orion's Belt. These stars are oriented with respect to the celestial poles at a certain angle, and the pyramids are oriented to the Earth’s poles at a certain different angle. The difference between these angles varies due to the precession of equinoxes, and these angles were the same 10-11 thousand years BC[5]. The Old Russian name of Orion is “Kruzhilye” or “Kolo”, which means the rotation. 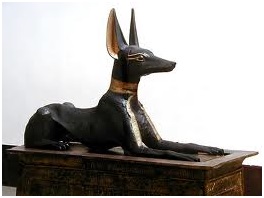 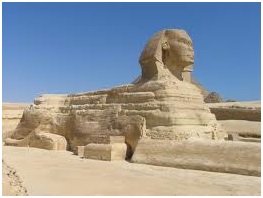 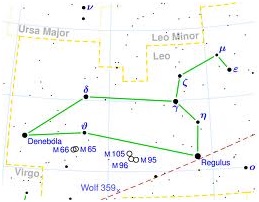 The Great Sphinx looks to the east and exactly to the rising sun during an equinox. It looked to the Leo constellation during the spring equinox 10-11 thousand years BC. This is considered the astronomical dating of the monument. This constellation has a special place in the Dendera zodiac, and the astrological age of Leo dated between 10-8 thousand years BC. This constellation has the shape of Sphinx, but it also may correspond to another animal such as a dog or a jackal. The theory exists that the Sphinx head was originally a head of a jackal or a dog, and it was modified later to a head of Chephren (Khafre) with the body of a lion. This theory has many arguments:

In 1987, a group of Japanese scientists led by professor Sakudzhi Yoshimura found under the left paw of Sphinx a narrow tunnel leading to the pyramid of Khafre[6]. In 1991, the American geophysicists had discovered the chambers beneath Sphinx[7]. Since 1993, the research was conducted under supervision of the local authorities such as Zahi Hawass. According to rumors[8], some discovery was made in 1997, about which the authorities prefer to remain silent. The hypothesis on this discovery are based on the following information:

There are also the rumors about discovery of the Staff of Thoth in a separate chamber adjacent to the Hall of Records. This “magic wand” is reminiscent of biblical the Staff of Moses and the Aaron's Rod.

Maat is considered to be the wife of Thoth.

The Egyptian religion was formed under the influence of Sumer (Akkad and Babylon):