Constantine the Great (aka Augustus) actually "killed" Jesus Christ. Augustus officially killed his 17-year-old brother Caesarion, who never reached India. Constantine I officially defeated his opponent Maxentius, a son of the Syrian woman, in 312. If Maxentius is the Jesus, who born in 284, then he lived up to 28 years, but Jesus was crucified in 33 years according to the Gospel. After this murder, Constantine the Great began to resolve the problems of the Christian religion.

Pontius Pilate is probably a Roman ruler of the former Kingdom of Pontus in Asia Minor. Obviously, Jesus was condemned by the court (Sanhedrin) and executed. Near Istanbul (Constantinople), there are the Castle Yoros (Yeros, Jerusalem), the hill Beykoz (Golgotha), and the tomb of Yusha (Isa, Jesus), which is revered by the Muslims. The Jerusalem Church of the Holy Sepulchre (Resurrection) was built by the Crusaders only in the XII century.

The crucifixion of Jesus was, apparently, the Jewish ritual murder. The legendary Holy Lance, which was inserted into his ribs, apparently, means one of the incisions to let the blood out slowly in a ritual killing. 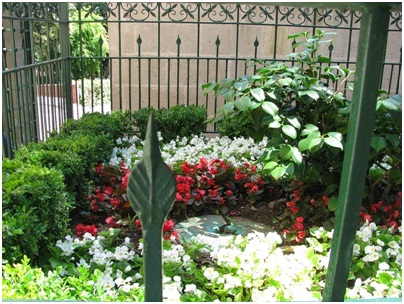 Daniel the Traveller is an orthodox hegumen (abbot), who made a pilgrimage to the Holy land in the XII century and described the place of the Jesus crucifixion: «From the navel of the earth to the Crucifixion of the Lord and to the Place of the Skull it is 12 fathoms. And the Crucifixion is to the east, on a rock the height of a lance or more. This stone is round like a little hill. And in the middle of this stone on the very top there is cut a hole a cubit deep and less than a span across and here was set up the cross of the Lord. Beneath this stone lies the head of Adam the first-created. And at the Crucifixion of Our Lord, when Our Lord Jesus Christ gave up his spirit, then the veil of the church was rent, and the rock split, and it split above the head of Adam and through the fissure the blood and water from the ribs of the Lord on to the head of Adam and washed away all the sins of the human race. And the fissure in the rock is there to this day … The Crucifixion of the Lord and this holy rock are all surrounded by a wall… It has two doors…».

The tomb of Yusha really fits the description of Daniel the Traveller:

Bethlehem, Bethany (Bethphage) is an ancient city and the state of Bithynia within the area of present-day Istanbul, which was united with the Pontic Kingdom during the Roman colonization.

The Gospel’s Galilee is Galatia in Asia Minor, which was inhabited by the Celts (Galatians), who came from Europe. The Sea of Galilee or the Lake Tiberias is traditionally associated with the Lake Kinneret in Israel. Actually, this is the Black Sea linked by the ”Jordan River” with the Mediterranean Sea. Tiberias is Taurida, the ancient name of the Crimea.

The New Testament contains the direct "Epistle to the Galatians" (Galatians, 3:1): «O foolish Galatians, who hath bewitched you, that ye should not obey the truth, before whose eyes Jesus Christ hath been evidently set forth, crucified among you?»

Greece and its colonies is the birthplace of the Christian religion, which was developed by the philosophers from Alexandria, where the Jesus was born probably. Origen ("son of Horus", i.e. "grandson of Osiris") is the founder of Orthodox Christianity. The Egyptian cult of Osiris is also the base of Christianity, for example in the form of resurrection. The original books of the New Testament were written in Greek.

Simon Magus (Simon the Sorcerer) is a Samaritan, a possible prototype of Apostle Peter (a fisherman Simon). 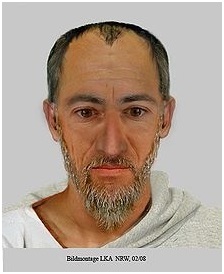 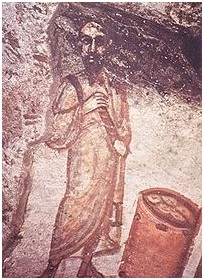 Paul's fresco in the catacombs of Rome (IV century)

Paul the Apostle (Saul, Shaul) was a Jew from Tarsus (a modern Turkish city). He was not one of the twelve apostles, he was an opponent of the first Christians, and then he became also an enemy of the Muslims, who revere Jesus as one of their prophets. It is believed, that he suggested the idea of the universal Church hierarchy headed by the deified Jesus.

The cathedral is a special Christian temple and also a conference (council) of the Christians. The head of a cathedral (council) is a bishop (a senior priest), who stands above the ordinary priests within the hierarchy. The cathedra is a chair (a throne) of the bishop or a place for the speeches. The academic departments of the high schools are also called the chairs or the catherdras, because the global academic system of education was separated from the archaic Church. The bishops build a hierarchy headed by the patriarchs (fathers).

The first Apostolic Conference with active participation of Paul took place allegedly in the I century (in the IV century on the new chronology). There was decided, that the pagans (goyim, non-Jews) can become the Christians without becoming the Jews (making circumcision) before.

The first Ecumenical Council (Nicaea) was initiated by Constantine the Great. There, the Jesus was declared the God, and the Christians were declared the God's slaves despite the objections of the Arians, who were accused of blasphemy. Thus, the status of Christians in the Empire was confirmed. Also the following things were approved: the church hierarchy, the symbol of faith (the cross), and the Jewish holiday of the liberated slaves Passover (the Christian Easter).

Eusebius of Caesarea is one of the major bishops of the Nicene Council. He is the author of fictional "Church history" (from I to IV centuries) and of the well-known ancient chronology.

The Christian cross as an amulet is similar to the cross of the Egyptian priests, the symbol of life Ankh. The old Coptic cross of the Egyptian Orthodox Christians is most similar to the Ankh. The pectoral cross is firstly an amulet of the bishops and then of the simple priests. Sign of the cross symbolizes also the pectoral cross.

Constantine the Great had founded the city of Constantinople (Russian: Tsargrad, Turkish: Istanbul), “New Rome”, a capital of the Roman Empire (Byzantium), and the estimated center of the future global Christian world. Later, the second Ecumenical Council took place there, where the concepts of the Trinity and the heresy (deviation from the official ideology) were introduced.

Nestorianism is a doctrine of the Antiochian school, which was anathematized by the third Ecumenical Council in Ephesus, where the concept of Saint Mary was approved. The Nestorians didn't deify the Jesus' mother but only his father. 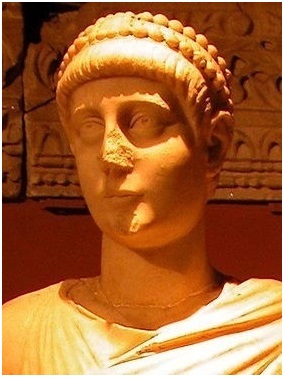 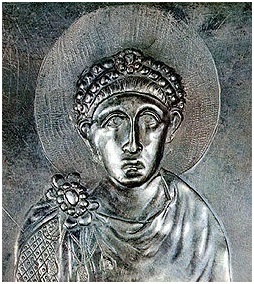 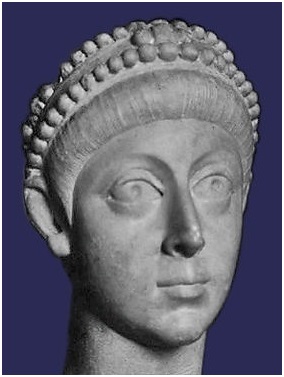 An academician N.A. Morozov had found a correlation between a sequence of the Israel kings, who ruled after a division of the united Solomon Kingdom, and a sequence of the first Roman emperors, who had made the official Christianity, ruled the united Empire, and then the Western (Roman) Empire before its fall. The similarities are shown in the periods of reign, in the emergence of prophets, and in other events:

The Jerusalem Temple is the famous Hagia Sophia in Constantinople (Istanbul).

Currently, there are only two Muslim mosques behind a wall on the Palestinian Temple Mount. This wall is built of the megaliths (natural stones, which weigh hundreds of tons) in the style of the Baalbek buildings, and it is oriented to the cardinal directions with almost the same (antediluvian) angle (see "Pyramids"). The construction of these buildings is traditionally attributed to the ancient Romans and Jews, although the megalithic structures are problematic even for the modern technology.

Judea was defeated in some sense by Rome after the birth of Jesus, because Rome had created Byzantium by absorbing the Greek Asia Minor. The split of the single kingdom of Israel had determined the history, which lasts more than a thousand years, when two branches of the civilization were built:

Deuteronomy is a "second edition" of the Moses law, the last chapter of Torah, which was written in the Christian period in the times of Ostrogoths. The beginning of Deuteronomy contains already detailed description of the conquests, which were outlined briefly in the Exodus. The Deuteronomy language was partially deciphered by N.A. Morozov [1].

The Caucasus is a region of the strong Semitic influence in the Early Middle Ages. The original Armenian and Georgian alphabets were created under the influence of Byzantium and are similar to the Hebrew and Greek alphabets (the names of letters, the numeric values, and the order of letters). The "Kingdom of Ashkenaz" is a mythical kingdom, which corresponds to the Armenia, and which was founded by Ashkenaz, a son of Gomer, a grandson of Japheth, a great-grandson of Noah. According to the Bible, Noah had disembarked from his ark on the Armenian Mount Ararat.

After the fall of Rome (V century), its former elite moved to the Caucasus and created there the Turkic Khaganate. The Khagan (Jewish Kohen) is a great Khan (Khan of Khans) of the Turkic nomads. The national Turkic ruler (head of a clan) is called “beck” or “bay”. The Turkic Khaganate was quickly broken into the parts, the most important of which was the Khazar Khaganate with the Jewish elite. The modern land of Dagestan, Chechnya and Ingushetia is the former Khazar land. The Nakh-Daghestanian languages have much in common with the Semitic languages in the basic vocabulary[2].

The Crimea (Taurida, biblical Tiberias) is the land of Karaites (from the Semitic root “K-R-A": to read), the Turkic-speaking admirers of Judaism, who reject the Talmud. The Greek colonization in the Crimea region started since the ancient times. The Jews came there together with Greeks followed by the Orthodox Christians. The Chersonesus (now Sevastopol) is a Greek colony, which is called Korsun (Khorsun) in Slavonic. The pseudo-Slavonic god Hors-Zhydovin (Jewish Hors) is Horus. The Chersonesus became a part of Byzantium in the V century, and the whole former Bosporan Kingdom joined it in the VI century. The mythical Andrew the Apostle, who allegedly baptized these lands, is known thanks to the works of the medieval authors, Eusebius of Caesarea in particular.

Charlemagne is a creator of the mythical empire of the Roman-speaking Franks (IX century), who supposedly united the Western Europe. This myth was discovered by a historian Herbert Illig, who felt a chronological shift by 3 centuries, and placed it into the "dark ages" (VI-X centuries). One of the few real artifacts of the Empire of Franks (Carolingians) is considered the Aachen Chapel, which could not be built before the X century, because just the wooden buildings were in the Europe before this time. These buildings are decayed now. In fact, the descendants of Attila and his subjects gradually moved into the sphere of Byzantium and Rome, which spread the Greek and Latin writings, the international languages, Christianity and statehood. All the uniform Western States had emerged almost simultaneously at the end of the "dark ages".